A broad grin spreads across Evan’s face as he proudly shows off his two-year anniversary pin on his Mayo Clinic name badge. Since he started, Evan has not missed a day at his job in laundry services with Sodexo at Mayo Clinic. He works Monday through Friday and says he loves it, especially the people.

James Taylor, general manager with Sodexo, first presented the idea of hiring an individual with intellectual and developmental differences to the Mayo Clinic team. Mayo’s Mike Braswell, director, Facilities Contracts, and David Martin, chair, Campus Planning, Projects and Operations, say it was “the right thing to do,” and Evan interviewed and began working for Sodexo shortly after. James shared how having him has added value to the team, recalling a story of how the employees came together to throw Evan a birthday party, something not typically done for anyone else.

Renee, Evan’s supervisor, says it’s been a great experience. He does well, never misses work, and is a joy to everyone around him. She says he’s a part of the Sodexo family, and she would want someone to give her family member the same opportunity.

Before working for Sodexo, Evan worked for the YMCA through the Helen Keller National Center for Deaf-Blind Youth and Adults in Sands Point, New York. He also worked through The Arc of South Carolina summer program at Goodwill, Kroger, Woodley’s Garden Center and Fazoli’s. Evan is a graduate of The Arc Jacksonville’s On Campus Transition Program at the University of North Florida and lives independently at The Arc Jacksonville Village, a community designed to maximize community inclusion for adults with I/DD.

The Arc Jacksonville is proud to partner with Sodexo and Mayo Clinic to provide employment opportunities for individuals of all abilities. 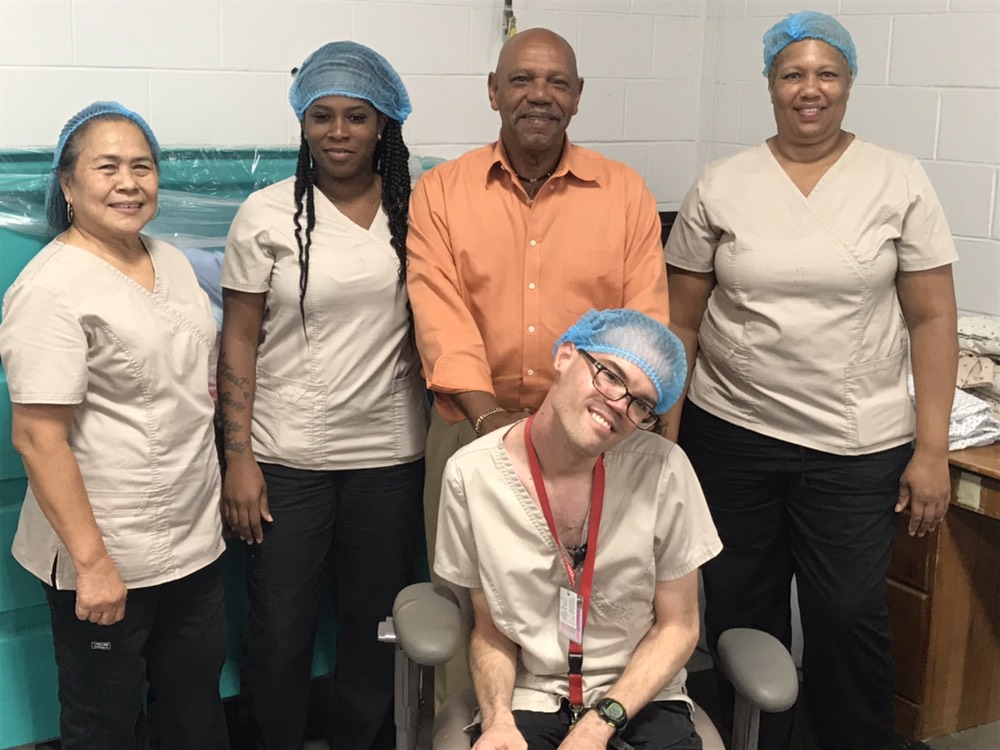